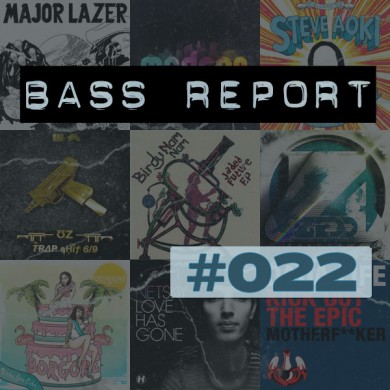 No need to introduce this guy any more. Seven Lions has proven his sound a few times over in a short time, and at #1 now gives us a remix of Delerium, a group he has looked up to since his musical beginnings.

A bit of a change-up from the usual trance/dubstep medley, Seven Lions‘ version of ‘Days Turn Into Nights’ moves at a slick moombahton speed. The slowed tempo was somehow barely noticeable, as the bass remains in full focus, and floating delay saturated vocals allow the track to progress effortlessly. Add one more to his flawless list of remixes for 2012.

#2 Terravita – Spicy By The Glass

It’s been too long since I’ve heard new tracks from Bar 9. His two recent works (‘What You Gonna Do’ being the second) are a nice welcome back to say the least. ‘Before The Storm’ is particularly satisfying, beginning with a deep piano intro, and progressing into a call and response of melodic electro and dubstep. I really enjoy the range of dynamics over the entirety of this piece, as the breaks really build a sense of anticipation for the upcoming wall of bass.

The chilled out guitar and classic club vocals set the mood for this tune, making way for the heavy sections to simply continue on the path laid out. There’s nothing too heavy going on, but the track as a whole holds its own, and should be killer on the dance floor none the less!

I was heavily debating between which of Loadstar‘s new songs to share, but ‘Vatican Roulette’ and it’s intense drum rhythms took the win. Check out ‘Black & White’ here as well! Both tracks come with videos… definitely worth watching!

See you next week!