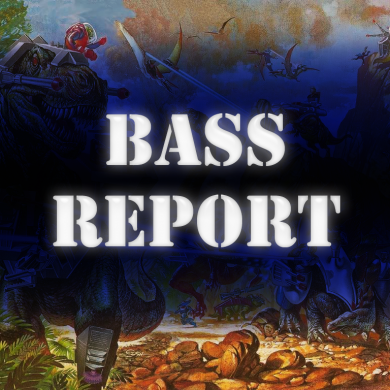 Bass Report 41! I’m really running out of ways to say “here’s a bunch of sweet bass music”. So… Singularity grabs hold of Run DMT‘s recent release ‘Into The Sun’ and throws a crunchy glitch-hop spin on the track, taking it to a whole… nudda… level. With fast paced hip-hop taking the foreground (no complaints!), I almost forgot the bass was coming. The additional ghostly backing vocals set the table nicely for the upcoming glitchy elements of the tune to make their entrance… and what an entrance. Dat Bass.

Featuring the vocal talent of Medina, this tune gets a little poppy at times, but I can’t resist the crazy technical production skills of Wolfgang. Ever. I actually do dig the vocals too, and think Medina compliments that textbook electro house funkiness Mr. Gartner incorporates in his work. By textbook, I mean he wrote the book. It’d be pretty tough to mistake this for anyone else.

A fresh stoner-friendly tune from Ganja White Night? Yes please. With heavier drums, this would easily morph into a club banger, but I think I like it better this way.