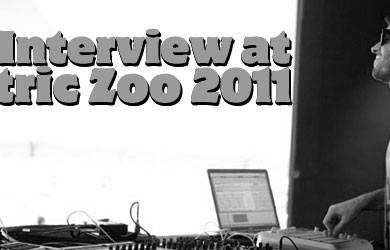 To call Guti an up-and-comer would describe the start he got just a couple years ago on his techno and house project in Germany.

It would also belie the incredible productions he has released under Desolat this year, and the support he is receiving from the likes of Carl Cox, Ricardo Villalobos, Stacey Pullen, Loco Dice, Luciano, Marco Carola, and Nic Fanciulli, to name just a few. No doubt he’s had such a rise – combine his own incredible skills as a classically-trained jazz musician with the mentorship of his close friend Loco Dice and you have one heck of a start!

Though he doesn’t care for the label much, or labels at all really. As he said in the interview “I don’t know what is house or techno, and I don’t want to know.” Guti’s attitude towards music is great, and it was rewarding for us to capture this chat on camera!