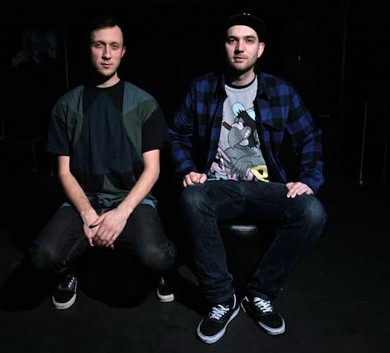 UK production duo Zombie Disco Squad contributed this futuristic house number to the forthcoming retrospective compilation from Berlin’s Man Recordings label. The release, entitled Valeu!, spans five years over the course of 13 tracks from the likes of Schlachthofbronx, Crookers, Edu K, and label head Daniel Haaksman. Lucas Hunter and Nate Self, the two Squad members who happened to have hooked up an XLR8R podcast nearly a year ago, enlisted the Portuguese-speaking microphone skills of one MC Oscar for their track, an addition that pairs well with the marimba, tropical rhythms, infectious basslines, and Fever Ray-esque synth tones prevalent in “DanÃ§a Do Zumbi.” Here’s hoping the rest of Valeu! follows suit when it drops September 6.

ZDS commented on their Twitter feed @ZombieDisco this morning regarding their Ride on Time Remix by the way.. they said they still have no idea when Ride on Time is going to be released. Supersadfaces 🙁