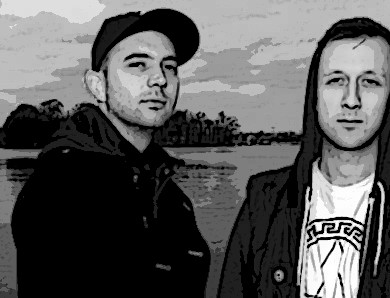 Lucas Hunter & Nat Self are Ê»Zombie Disco SquadÊ¼ the multi-talented production duoÂ that are taking house music in a new direction. Taking influences from Balie Funk,Â African rhythms, Baltimore, Hip-Hop, the so-called fidget sound and making it soundÂ fresh. You wonÊ¼t find any cheesy gimmicks in their records but what you will find areÂ tracks played by some of the most influential DJÊ¼s and clubs around the globe.Â Zombie Disco Squad started life in 2006 after putting on nights around LondonÊ¼sÂ pivotal venues such as the The Social and Catch. They made their name with regularÂ mixtapes, which toured the globe via the internet and had a string of internet Ê»hitsÊ¼Â (10,000 downloads for the track Ê»Straight BoyÊ¼). Influenced by African percussion,Â foreign languages and jacking music Lucas & Nat were soon traveling around theÂ world touring the states and across Europe. They had touched down in clubs such asÂ Fabric in London, Panorama Bar in Berlin and Hive in Zurich before even having oneÂ official single release. Their remixes, on the other hand, have had plays by Radio 1Ê¼sÂ Annie Mac, Pete Tong and Zane Lowe to name a few.

Zombie Disco Squad released a mixtape in the last little while called the Rolex Pills mixtape. Check it!