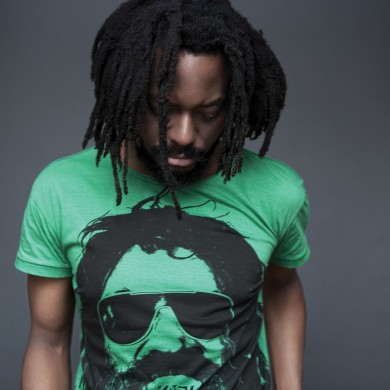 Hometown Hero K-OS is Back at it Again

Now Magazine predicted the rise of Canadian hip hop in their preview of 2009s music trends. With K-Os’ latest album Yes! slated to drop this year, this Canadian Hip Hop legend will be at the forefront of Canada’s emergence on the global Hip Hop scene.

K-Os will always be a pioneer as far as the entire genre is concerned. Canada has had a hard time carving out a niche on the international marketplace. K-Os has had more success than most, I attribute this success to the fact the he has a distinct sound. LA has a vibe, New York has a low, the Dirty South has a sound (a shitty one except for underground artists such as Cunninlynguists), and artists such as K-Os are exactly the type of artist I want representing Canadian Hip Hop on the in this global culture.

Having had international success with previous albums, K-Os understands the industry. The CD Yes! will be a double disc. The second disc will be a compilation of remixes done by various producers competing for the $1000 prize that comes along with the exposure and credibility associated with the album. K-Os is one of the most underrated Hip Hop artists I can think of, hopefully this album gets him the international recognition he deserves while providing exposure for the up and coming producers on the second disc.

Here is a collection of tracks that have leaked from the upcoming album as well as a remix he did of a Tokyo Police Club track, hope you enjoy them as much as I did!