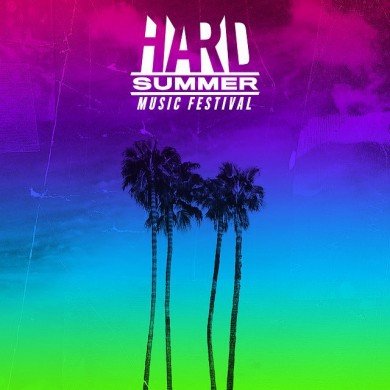 Hard Summer Music Festival is just around the corner. A music festival with so many acts, its hard to know which performances to catch. Often people will test your knowledge of the artists and acts performing at Hard Summer. We have decided to give you a cheat sheet list of some of the lesser known acts that you should learn to love and hopefully check out at Hard Summer this year.

Hermitude will be giving those fresh complex beats with mellow vibes that can get any party started. The Australian duo is quickly becoming one of the most sought after acts to see live. Make sure to catch their set Sunday at 12:45pm on the purple stage.

Golden Features is bringing that bass house music to new levels with his latest productions. The Australian producer is a sure shot to lead the pack of bass house producers right now. His tracks have been nothing but solid. Always featuring that dark and bass heavy synths that can get a warehouse or a music festival started. Catch his set Sunday on the HARDer stage at 1:40pm.

Matoma has been putting long hours making some of the party friendly remixes out right now. Matoma has this summer chill vibe that you can easily identify as the Matoma Sound. Catch Matoma Saturday on the HARDer stage at 2:30pm.

Nina Las Vegas is one of my favorite DJ’s right now. The Australian DJ who hosts shows on Triple J, tours the world, and yet somehow manages to pump out the freshest mixes. You’re looking for some new tracks, then checking out a Nina Las Vegas mix is mandatory. Her latest Collaborations with Swick are also super fresh and show she’s a well rounded producer as well. Catch her set Saturday on the Purple stage at 3:10pm.