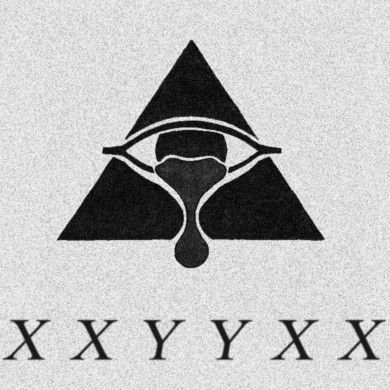 Six producers worth their salt

Six producers worth their salt #001

Six producers worth their salt is a weekly column which features six relevant, up-and-coming, under-exposed, or disruptively innovative musicians in a particular genre-space. Every Friday we’ll put together a list of a half-dozen must-listen artists that are – or we expect to be – making waves in the coming months.

Bedroom-production has become an important outlet in electronic music and those brave enough to release their skillfully produced “bedroom” records are gaining worldwide recognition for innovating music genres as we know them. Young producers are particularly keen to experiment, create, and push boundaries while often bringing in new elements inspired by a wide range of different genres.

The standard laptop Dubstep does not seem to be on the cutting edge anymore as the audience and critics seem to be demanding a more sophisticated and complex sound.

The internet is their playground, and these are the main contenders dominating the blogosphere.

Kindness: World You Need a Change of Mind

Adam Banbridge, also known as Kindness is a London-based photographer turned producer who first established himself in the electronic music scene in 2009. Since then Kindness has gone on to release the sonically stunning album “World You Need a Change of Mind”. Funky guitars, shimmering melodies and disco vibes are some of the elements that were brought together to create one of the most carefully produced albums of 2012. Kindness, along with co-producer Philip Zdar of Cassius’s final product inspired Guardian Music to refer to the album as “dance music, but not as you know it”.

Nick Zanca or Mister Lies, a 19 year old Chicago-based producer has got Pitchfork raving that he “excels at creating atmosphere”. The young Philosophy student creates the most blissful Trip-hop inspired downtempo. Mister Lies ambient, almost ghostly sounds of minimalistic beats, interesting vocal loops, and keyboards create music that is so serene you almost feel as if though you have been brought back into the womb. Mister Lies Hidden Neighbours EP is soon to be followed up with a full length LP as the 19 year old student returns home to Connecticut.

Vuurwerk which translates into “Fireworks” in Dutch is the stage name of a mysterious Belgian producer stirring up the web with their dark gloomy post-dub and element of surprise. Vuurwerk’s ‘Plus EP’ is driven by eerie grind, choppy vocal loops, and beat-skipping drums, perhaps drawing influence from fellow producer Burial. Although not much can be said about Vuurwerk them self, what can be said is that the EPs that they have been putting out have been well recieved and their audience is eager for more.

16 year-old Marcel Everette or XXYYXX of Orlando, Florida is creating quite the wave in the post-dub genre with his impressive “bedroom” production. His harmonious music, compassion, and ability to translate his raw emotion into his beats have got listeners accurately comparing him to the likes of James Blake. XXYYXX’s sound has created a buzz in the blosgosphere and generated praise from sites such as Earmilk, XLR8R, and Indie Shuffle. XXYYXX self-titled sophmore album was released March 2012 and features some tracks with interesting vocal loops and mellow atmospheres.

James Brooks and John Clancey are the the duo masterminds behind the much-spoke-about Elite Gymnastics. Their use of samples and virtual instruments allows them to work flexibly and derive their sounds from a plethora of genres such as chillwave, hip-hop, and shoegaze. Elite Gymnastics sweet creative electronica and experimental edge makes their ‘Ruin LP’ a real treat.

San Diego producer Room E, a contemporary beat-producer who not only uses electronic instruments to create his complex sound but has been known to experiment with the xylophone, pump organ, and accordion. Penguin Child seems to sway from ambient pop to drum n bass, with hints of hip hop and a minimalist vibe. Room E’s albums tend to be filled with skillfully cut samples and smooth synths with the always added bonus of live instrumentation. It is always interesting to see what producers such as Room E can do with live instrumentation, especially in a genre where everything is done virtually.

XXYYXX “About U” Soundcloud: