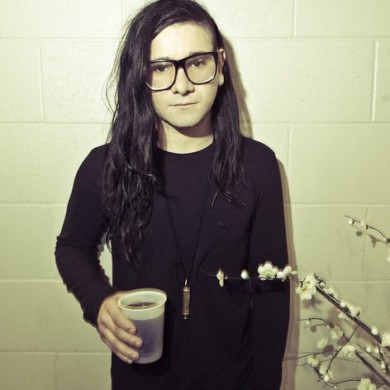 Word is Skrillex has had the chords for this track for almost a year but that we’re only hearing it just now. If that’s true, then he really is way ahead of the curve. You can see him playing the instrumental back in July 2011 but this exciting new version includes some great accompanying lyrics.

I’m hoping we hear more stuff like this in the coming months – less aggressive, with more of a focus on the melodic. Skrillex is unquestionably an incredibly talented musician, but the most difficult can often be pivoting, especially when you’ve built such a fanatic following on a particular sound.

If anyone can pull it off though, I’m sure it’s Skrillex – the man who collaborated more in 2011 than almost anyone else.