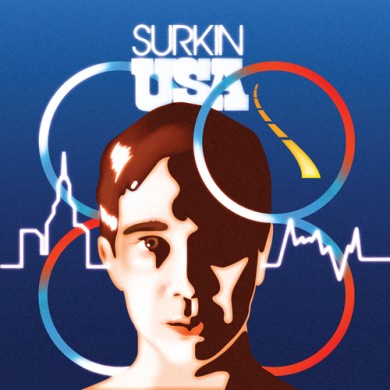 Get ready to dance…  Surkin, the young frenchman known for decimating dance-floors, is back with his latest cut, USA to be released on November 7th on Marble Music. This stream has been available on Soundcloud for a couple of weeks.

Collaborators include house legend Kevin Saunderson‘s wife Ann Saunderson and Kevin Irving who is responsible for the tremendous vocals on Marshal Jefferson’s Move Your Body, a clip from a documentary including the artist is embedded above. The song with Kevin Irving is a dance ballad for lack of a better description. This is an album that is firmly routed in the history of dance music yet it is characterized by a definitive sound and a range of influences.

The album contains White Knight Two off his well received Next of Kin EP from 2008, which also featured Chromeo on the title track. He’s also included two tracks off off his Silver Island Ep from 2010, Silver Islands itself and Easy Action, as well as the title track off his EP from earlier this year Ultralight. USA is available for preorder via iTunes now.