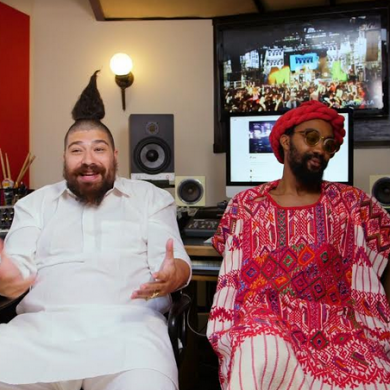 The American supergroup Major Lazer is known worldwide for their genre-bending approach to dance music, mixing everything reggae, house, to dancehall. Their international superstardom has led to a huge outpouring of fan love, including a fairly recent grouping of two friends looking to take Major Lazer’s music to new heights. The official Major Lazer tribute group, ‘Major Behavior,’ is made up of Instagram-star Josh “The Fat Jew” Ostrovsky and New York-based DJ/nightlife legend Maachew Bentley, and together they are set to deliver a unique string of performances dedicated to the supergroup this fall as part of The Fat Jew’s music festival series, IRL.

In a short, behind-the-scenes documentary organized by Matt Medved of Billboard Dance, Major Behavior reveals their reason behind creating the tribute group and where they see themselves going in the future. Find out more below.