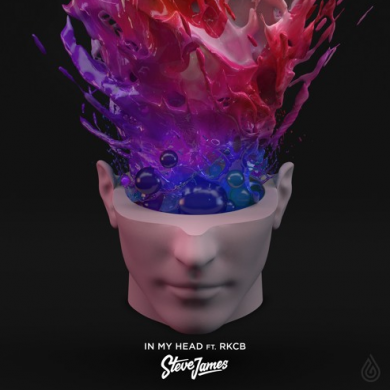 It feels like yesterday that Steve James’ debut original, “Renaissance,” dropped…back in November. The 18-year had shown so much potential through his remixes leading up to then, and now it’s all coming through, as he’s often in the studio with Martin Garrix and is set to perform with him in Ibiza later this summer. His remix of Conrad Sewell’s “Remind Me” came out with great success, but nothing beats originals, and “In My Head” is exactly the sophomore original we were looking for. Featuring LA duo RKCB, who’ve come off a successful release themselves in “Elevated,” this single features stunning piano, addictive melody, and that unmistakable quirk that thrives in a Steve James single. This Seeking Blue release is a must have, check it out below!