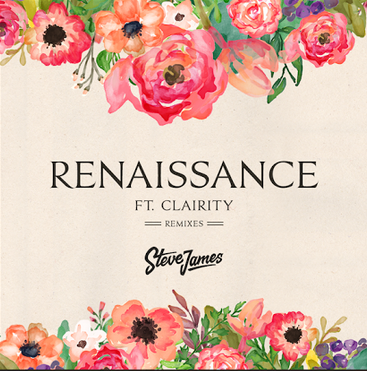 Last year, Steve James’ debut original took the US and globe by storm, amassing 5,000,000 Spotify streams and going Viral on the USA and Global viral charts after its Mr. Suicide Sheep premiere. Combine that with its gold medal #1 place on HypeMachine and nearly 2 million plays on Soundcloud, and you’ve got yourself a smash debut single. Steve’s made some good friends since his move to LA, and has curated a class of top notch up and coming producers for a fittingly smashing remix package that covers all the bases. With the signature soaring #HammerSound from ARMNHMR, the electrifying indie-pop from Myles Travitz, sentilating nu-disco/future-bass funk from Paxel, and the jaw-dropping intensity from k?d’s formerly unofficial remix, the “Renaissance” remix package is jam-packed with goodies. Check em all out HERE!