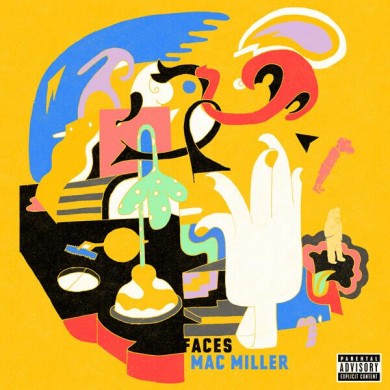 Faces is a new mixtape from Pittsburgh rapper and producer, Mac Miller, aka Larry Fisherman, aka Larry Lovestein, aka Delusional Thomas. Mac Miller’s been busy, with Faces being his third project released in the span of a year. I wasn’t all that into his first few releases (K.I.D.S., Best Day Ever, etc.), but Mac Miller has really shown his growth as an artist with these latest projects. Even if you’re not a fan of this new style, you can’t deny that he’s a hard worker. This mixtape features 24 tracks with appearances from regulars like Earl Sweatshirt and Vince Staples as well as a surprisingly appropriate Rick Ross feature on Insomniak.

If the fact that this mixtape is free still doesn’t entice you (What is wrong with you?), I’m gonna help you out. Here is a list of my favourite tracks off Faces in the order that they appear on the album.