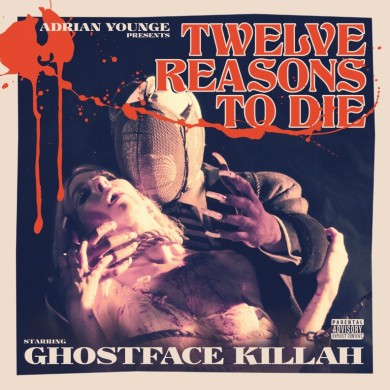 The Latest in Hip-Hop From: Ghostface Killah After listening to Ghost’s latest album, Twelve Reasons to Die, I sat back in awe. Ghost is in his forties and he still sounds as hungry as he did on 36 chambers. For this project he teamed up with producer Adrian Younge to produce the whole album, the results are fantastic. The whole album has an “Exploitation Film” feel to it, it was also revealed that this album will be the soundtrack to an upcoming movie. Adrian’s sound compliments Ghost’s voice and the guests as well. The guest list on here is pretty impressive too; featuring appearances from Masta Killa, Cappadonna, Inspectah Deck, and Killa Sin just to name a few. This is the first of three planned albums from Ghost this year, I can’t wait! My favorite tracks are I Declare War, Rise of the Ghostface Killah, and Revenge is Sweet. Stream both the originals and the instrumentals below!