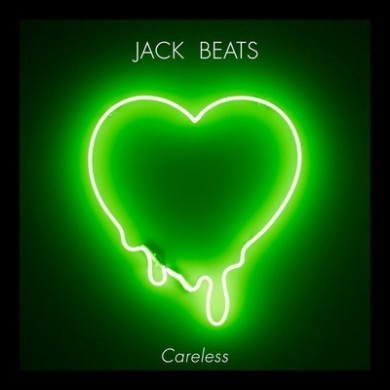 Based out of London, Jack Beats are a British+Scottish duo with a mission it is to break down musical boundaries and create “an irrepressible force that detonates on contact.” Let me tell you something: if that’s their goal then they’re well on their way.

I have to admit, I was never a real follower of Jack Beats before, but there’s something very intriguing about this EP. The first thing that jumped out at me was how each of their productions are uniquely characteristic. I think that can be largely attributed to the wide range of EDM genres represented by the featured artists, names such as Dillon Francis, Example, and Diplo. Let’s dive right in!

The first track of the EP is “Careless”, featuring Takura. It’s a spacey, deep sounding Electro House tune, with well rounded bass and some trippy Acid synths. Personally, I find the vocal line annoying, but there is an instrumental version on the Beatport release that solves that! And that’s fortunate because the drop section is excellent. The beat is complex and captivating, with the synth sliding all over the place.

The next track on the EP is titled “War” and features both Diplo and and Example. I sensed some hardcore bass in my immediate future, and I was right. The song leads with a basic drum line, but eventually unfolds into a vocal melody. Same as the last track, there’s an instrumental version in the EP package. It’s a true club banger, AND it definitely has some Scottish influence in the synth section, which comes courtesy of Jack Beats themselves.

Next on the docket is “Epidemic”, which features one of my favorite artists, Dillon Francis. It starts out almost as a Deep House tune, but as the echoing synths die away, syncopated piano chords fill the void, which in turn bring in the high melodic synth that’s so recognizable as Francis’ personal sound. The tune is classified on Beatport as Electro House, but don’t be fooled. It’s at 112 BPM, has the jerky transitions from melodic to grimy, and features Dillon Francis- I love it. Jack Beats shows their addition to the track with their Acid House-y bass line, and I think the collaboration is a total success. This is definitely my favourite track on this release.

4th on the EP we have “Hooligans”, an original track by Jack Beats. I feel bad saying it, but I think it’s probably the weakest showing on the release. The bass gets overly repetitious, the synth section has too much tremolo, and there just isn’t anything about it that really stands out. To me, it’s just another average Electro House tune to fill my iTunes. There’s nothing really wrong with it… but there’s also nothing too stand-out either.

Last on the EP is a re-edit of “End of Love”, an older original by Jack Beats. This is the first song on this release where I really enjoyed the vocal line. It’s a deep, soulful melody that adds depth to the track, and it’s tastefully placed throughout the production. It’s in this song that I hear a lot of Jack Beats’ mission statement; hybridizing genres. The track runs at Electro House tempo, 128 BPM, and maintains a lot of Electro House staples such as the high-hat snaps and use of a wide range of synths. However, the track simultaneously carries the swaggering wobble of most Dubstep productions. The throaty growl of the bass screams of Dubstep as well, but the track never strays far from its Electro roots. While it isn’t the most wildly exciting tune in the world I think it’s very interesting as a musical experiment.

The reason I wanted to review this album isn’t because I think it’s exceptional. In truth, I think Jack Beats have a long way to go before they’ll be able to stand among the top tier of producers. The reason I think this EP is notable is because I think it represents the future of EDM. Right now, people are very set in their subgenres, Datsik makes Dubstep, Avicii makes House, Flosstradamus makes Trap, etc. I find that to be somewhat close-minded to the possibilities that Electronic Music offers; no one genre can possibly contain all the ingenuity and creativity that is contained within EDM. I think it’s the future of the genre to intermingle and create some really incredible music. So I guess what I’m trying to say is kudos to Jack Beats for taking a step in that direction!