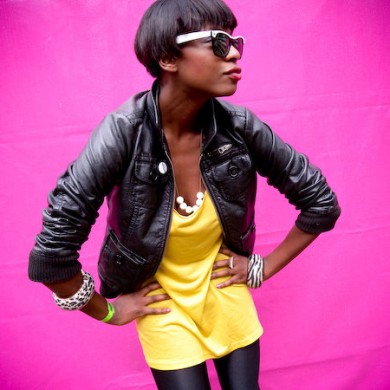 ISIS (Thunderheist) on the electric Avenue

ISIS. That says it all. This Nigerian native, who calls Toronto her home, is a natural born performer; a singer, songwriter, composer who shifted onto the radar, and into our hearts with Thunderheist, an “I’m the rapper, he’s the DJ” duo with Public Transit Recordings’ own GrahmZilla. Let’s just call it a coming of age story.

ISIS has now teamed up with Alixander III (of Azari & III) to produce a solo album of epic proportions. Leaving the bubblegum blog banger world behind, ISIS has set out to make timeless music; thus the only reason I’m writing about it! Check out the first single, Avenue…