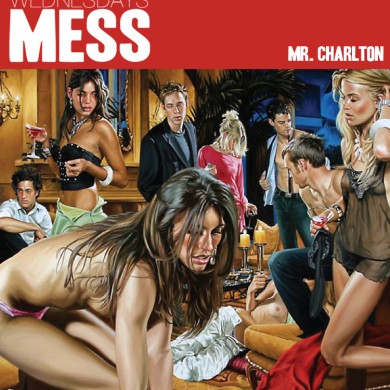 I receive a lot of mixes and some of them just get heavy rotation. The first mix I ever downloaded by these DJs have received multiple plays. Mr. Charlton was featured here just over a month ago. Since then I have booked him for multiple gigs including the Salacious Social Monday special event we held at the social a few weeks back. Certainly one of those DJs with unlimited potential. Expect to see him go from unknown to unforgettable over the course of the next few months. I am really happy that Teddy Larsen sent me that original mix we posted because I ended up discovering one of the dopest dudes on the block, and put him on the blog! He will be tearing it up @ Wrongbar this Saturday and there is a free guestlist that you can get on which means no cover before midnight. DJ Mensa’s mixes have been the best thing to happen to me on days where I have nothing to do. Put on a mix and hang around the house. His track selection provides the perfect backdrop to day of chilling. Whether its with your people in your backyard or you’ve got something to do around the house I can’t stop moving my head when he’s on the ones and twos. His night Social Experiment Thursday’s at Octopus Lounge is a great way to check him out in the flesh. He was the Toronto Redbull 3Style champion this year and has counted me as a fan ever since.