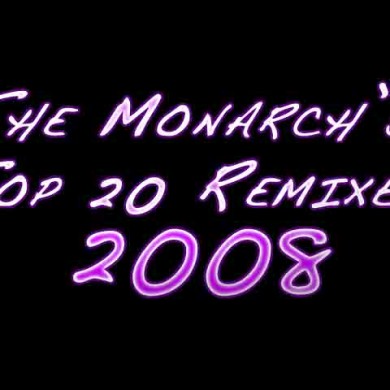 The Crookers have killed it this year. This song characterizes the experience of going out over the past four months; mostly because I would get excited before the DJ even dropped it. Just hearing a hint that it was coming on would make me go crazy. There were many moments where this track defined an evening for me. Hearing Crookers’ drop it themselves at Circa was a big one; however, the most memorable drop was that of the DJs at “Dance Like You Fuck” held off on letting it drop; at first I wasn’t too pleased, but in the end it only made the drop that much more epic and one of my most memorable drops of the year.

I wasn’t originally going to give this track such a high ranking. HOWEVER! It’s just so hot, it comes in at number two because LA Riots really redefined a song that I had assumed was well redefined by Crystal Castles. When you think of the song Crimewave every other version is a distant memory, and this song is the definitive version. Not to mention the fact that it break downs and builds up seamlessly and can get the crowd going in an instant!

Nasty feel was one of those songs that defined 2008 for me. The Justice remix was deserving of this list on its own; however, DDPesh’s edit featuring Biggie’s legendary Nasty Girl is a track that anyone can love. Dropping it gets everyone moving. While the recipe is simple: take one of the hottest songs of the year, Electric Feel, that was remixed by one of the hottest DJ duos of the year, Justice, and add epic lyrics of arguably the best rapper of all time; it is the execution that makes it spectacular. This song gives me shivers, it makes me dance, and the lyrics have been in my head for over a decade!

I was tempted to put the Bill O’Reilly song up here but I decided it isn’t really a remix. This track on the other hand is the perfect redefinition of a song that was well defined. The use of chorus is beautiful, amazing instrumentation, this is a remix that can appeal to different musical tastes. DiscoTech keeps all of the fire from the original, but adds some gasoline to it. It had instant appeal, which it never lost. DiscoTech’s remixes have been awesome all year, as I previously stated, and hopefully they will keep it up in the new year!

5. Spencer and Hill’s Remix of Mark Morrison – Return of the Mack

These guys brought the Mack back, a song that was huge in the 90s was reborn. The use of Morrisson’s vocals is well orchestrated. Buildups flow and when it drops, it drops down hard -the drop just after 2:30 into the song is epic. Another song that had me dancing 10 seconds in, it had to be in my top 10 if only because of mad personal love for the track.

Tepr has heated up a lot of hot tracks this year and this Pro Nails is no exception. I have no better way to describe the song than happy. Excited synths and a smooth baseline put a smile on my face every time it came on!

MSTRKRFT has this uncanny ability to take songs, remix them, and cause you to forget what the original sounded like. This remix leaves the original sound coming up short as they push Dre and Usher’s track to its potential!

8. Tepr’s Remix of Santogold – Lights Out

This was hands down one of the most banging tracks to hear in a club all year. Quite possibly one of the most infective songs to come out in the last 365 days it has been stuck in my head on many occasions, it spread like wildfire through the blogosphere and rightufully so!

9. MSTRKRFT’s Remix of Usher – Love in This Club

Usher gives them the shout out at the beginning of the track, and he deserves to give them a lot more than that. This remix is 1000% better than the original. I couldn’t tell you what the original sounds like without hearing it – this is the first thing i think of when someone says Love in This Club. It is one of a couple of tracks that Electro and House DJs could use to appease the top 40 junkies in the crowds without selling out!

As far as updates on classic songs go, this one goes above and beyond. Stevie Nicks’ beautiful voice is masterfully incorporated into this electro banger. I have heard a lot of shitty remixes of old rock tracks, this song is one of the few exceptions. It completely diverges from the original musically, however it is able to maintain the power of the lyrics in the buildups as it gives everyone a chance to sing along as if it were decades ago!

Honorable mention to the Bloody Beetroots for their intense remix!

Completely different vibe from most of the stuff on here, it was an instant favorite!

Honorable mention to Mike Gonek for his awesome remix of this track!

This song is simply and plainly a personal favourite!

Made me try to have fancy footwork, I rarely succeeded.

This was a difficult list to make. Deciding on the top 20 required a lot of tough decisions. Even more difficult than picking the songs, was putting them in some kind of order. I took into account a couple of factors when coming up with the list. They included how hot the original was, the heat difference of the remix and the original, memories of love at first hear, and how hard I remember dancing when the track come on. I don’t think I will ever be 100% sure of a list like this, however I feel as if these are the tracks that made me move the most, dance the hardest, and listen the longest. Making this list made me realize how much I loved a couple of artists. Crookers, Tepr, and MSTRKRFT (JFK) have multiple songs on the list, but I definitely want to give shout outs to DiscoTech and the Bloody Beetroots who had just as many songs in the running. While this list evolves every day based on what I feel like listening to, I hope that it is a good sample of the remixers that moved me this year, hopefully they keep all of you moving in 2009!