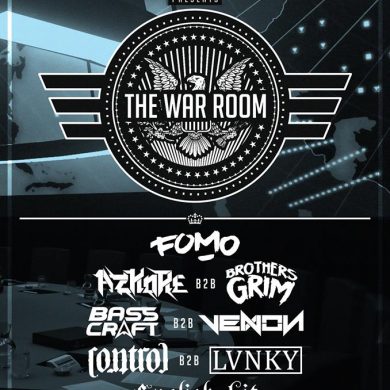 Home to producers like Auburn X, Venon, LVNKY, and many more, Warpaint Records has established itself as an upcoming label that showcases some of the best in trap, dubstep, and more. Now, they’re proud to present their first ever label showcase tomorrow night at Union Nightclub in LA. With eight (!!) acts set to take the stage on Thursday night there probably won’t be anywhere near as busy a party on a Thursday night for bass lovers so be sure to check that out. FOMO will open up before we’re subject to three vicious b2b sets in a row which will allow eight DJs adequate time to vow the crowd. Check ou the poster below and pick up tickets here.

“We have started a revolution where our ideals, music and artists involved are that movement. Our first showcase in LA is special to all of us as it connects our beginnings on the East Coast with our expansion and large primary artist base on the West Coast. It truly forms the unity we so dearly promote. This coincides with the fact that for many of these artists, this will be their first major show under their aliases in their hometown.”