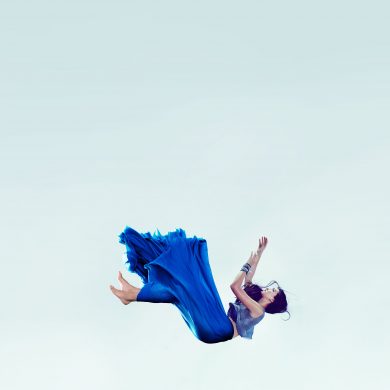 Tanis is one of the freshest female vocalists to come out of France in recent months. Born of two creative parents, including writer-producer Jean Chalopin of “Inspector Gadget,” this girl’s artistic upbringing has had an electric influence on her musical career. After gaining considerable fame in her home country, she is now debuting a new solo project with her immaculate pop single “Blackout.”

This multi-instrumental, multi-lingual, writer, composer, producer, and singer has made music for over two decades, and gained much recognition scoring films for the likes of Disney Asia and other studios starting at the young age of 15. These international interests have manifested in further creative, charitable endeavors. By creating photography books to raise money for disenfranchised children, and making music that conveys love, Tanis uses her creative powers to drive positive impacts world wide.

Her debut single “Blackout” is a majestic pop tune sporting vulnerable vocals and prolific piano production. With the track Tanis demonstrates her willingness to break from the status-quo in her style. “Blackout’s” minimalistic eloquence is a breath of fresh air among a music industry saturated in dance music and pandering pop performances. Check out the track here and if you dig what you hear get excited for her EP sporting the same title dropping this Friday!