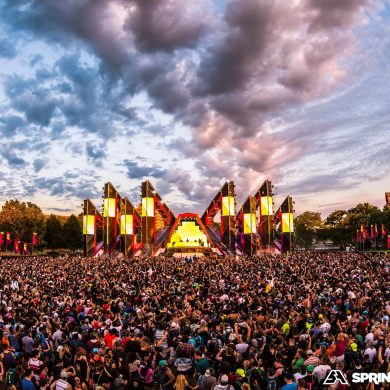 Artists: Above & Beyond, BORGEOUS, Claude Vonstroke, Kaskade, The Chainsmokers

Spring Awakening Music Festival (SAMF) took place this past weekend (June 10-12) at its new location in Addams/Medill Park in the westside of Chicago. It was the first time I’ve ever attended Spring Awakening, so I can’t really compare it to the previous years, but there was a lot I enjoyed about it this year. It had that big festival feel we’re all familiar with, hosting 4 different stages, a silent disco, and various other fun attractions. Though the forecasts called for storms this weekend, it was Spring Awakening that brought the thunder. So let’s start with the music. With two main stages and two tents for 3 days, it was pretty impossible to be idle. With the lineup alone, there were plenty of musical choices to keep things interesting throughout the weekend; from trance to techno to house to bass. The main stages were star-studded with headlining artists like the Chainsmokers, deadmau5, and Chicago-raised Kaskade dropping extraordinary sets. Six different branded lineups took over the two tents over the weekend. The dirtiest of birds, Claude VonStroke, curated a lineup in The Birdhouse that the crowd went wild for. Over at the DJ Mag stage on Sunday, the crowd was partying it up with an eclectic bunch of non-mainstream favorites, such as Borgeous and Morgan Page. The stage installations on both main stages were impressive with seemingly endless streams of confetti, pyrotechnics and fireworks. The LED setups were spectacular and definitely a pleasant sight while the artists were jamming out. Even despite minor technical difficulties here and there, it looked like folks were pleased enough with everything else that it didn’t really phase them. In between stages and throughout the park, there were plenty of other noteworthy attractions to entertain the festival goers needing a break from dancing in the crowds. So on top of all the physical movement and heat exerted from the pyrotechnics, the weather on Friday and Saturday was incredibly hot. But thankfully, SAMF had you covered with free water filling stations, cooling busses, and misters. And better yet, there was a free waterslide, and if you needed a break from the boisterous music and were looking to chill, there was a nice beach-themed area to hang out at with beach chairs and hammocks. In the middle of the park, it felt like you were at a carnival with a ferris wheel and silent disco under a carnival tent. The silent disco-ers looked like they were having one heck of a time. The crowd at these electronic music events are always so diverse. The crowd at Spring Awakening was one like the next, but if I didn’t know any better, it seemed like the festival was an all ages events — kids nowadays and their fake IDs and shenanigans. There were attendees that sported both creative and bizarre outfits that probably took an extreme level of effort — mad respect to them. Human discoballs sparkled under the summer sun with the amount of glitter worn, and the moon seemed to be shining all day with the excessive display of booties (yes, butts) throughout the park. With the sun out all weekend, it was a great escape from the city life — dancing and playing with friends. The highlights of Spring Awakening were definitely the stage installations, free waterslide, and, without question, the music. I’m curious to see what the folks at React will bring to Spring Awakening next year, but I don’t doubt that it’ll be up to par! 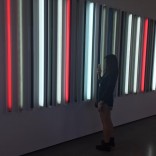