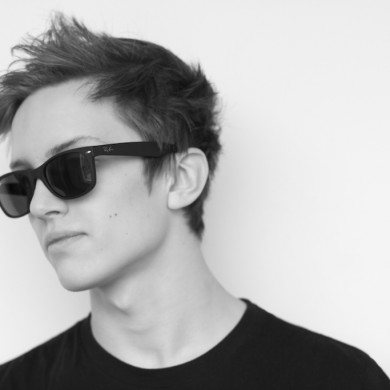 Toronto’s Damn Kids has been racking up the accolades in recent months. He’s had a slate of high-profile opening sets with artists such as UZ, Borgore, and Zeds Dead. His tracks are being rinsed and supported by a long list of incredible musicians like Pleasurekraft and AC Slater. And now his latest effort, a four track EP titled Govudoh, has just been released on Trouble & Bass Records, aka the Heavy Bass Champions of the World.

Why are those in the know following this rising star so closely?

Simply put, because Damn Kids fuses a production talent both learned and honed, with creative drum and synth programming which are deceptively minimal, and rich in detail.

Alongside his Govudoh EP, this Toronto heavyweight-to-be has released a bootleg of ‘Crew Love’ by The Weeknd + Drake.

With youth on his side, his obvious talent for high quality production, and tracks rich in creative energy, Damn Kids is unquestionably Bass music’s next big thing.