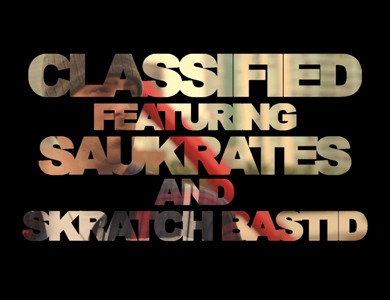 Three of Canada’s finest all in one place, Classified, Skratch Bastid, and Saukrates are back in proper form showing us that Canadians don’t need to move south of the border to make it in the rap game.

Indeed, Classified and Skratch Bastid are from one of the smallest provinces in the nation – Nova Scotia is Canada’s second smallest (yet somewhat paradoxically, the most densely-populated), with fewer than one million inhabitants.

Classified has a new album dropping January 2013 – his major label debut, on Universal. You can cop ‘Anything Goes’ now on iTunes.