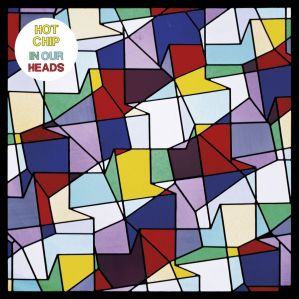 Bizarro indie dance group Hot Chip recently announced that their fifth studio album entitled “In Our Heads” will be released on June 12 via Domino Records. Now, this probably isn’t news to you if you’re a music blog frequenter. However, for those of you that aren’t blog fanatics, make sure you check out the “Flutes” video here before you do anything else.

Alright, now that the preliminaries are out of the way we can get down to business. The latest news surrounding Hot Chip’s new album is the release of lead single “Night & Day” (listen above). Domino is preparing to release “Night & Day” as a 12″ and digital digital download on June 4. Here’s what they had to say about it:

“Night And Day is the first single from Hot Chip’s forthcoming album, In Our Heads out June 4th. The single is a piece of classic Hot Chip weird-ass superfunk disco, driven by a menacing yet supremely danceable rubberized bassline. It’s the sound Prince would be making had he grown up just south of the Thames. It’s Zapp not Zappa.”

On top of that, Domino unveiled the artwork for ‘In Our Heads’ which you can view below: And by the way Torontonians, Hot Chip will be in town on July 15! Better get your tickets before it’s too late!

Pre-order “In Our Heads” on vinyl or CD here