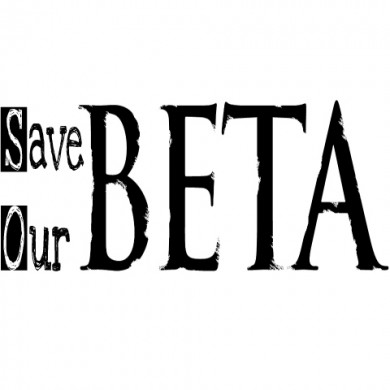 BETA Nightclub applied for its Liquor license in June 2010.

Since November BETA has been open for 36 shows that have included International talent. BETA has sold over 30,000 tickets to these shows. International talent has included the likes of Tiesto, AVICII, Gareth Emery and so many more. During this time period BETA has been recognized as one of the most successful entertainment venues in the world, despite not being able to offer Liquor products. BETA has been recently ranked # 29 in the world and # 5 in North America by DJMAG. DJMAG is the only globally recognized poll for nightclubs.

During our application period BETA and it’s ownership was investigated on many fronts for many months. These investigations came ended with a determination that BETA and it’s owner have complied with all AGCO regulations. However during these delays, the Waterloo region has submitted documents to the AGCO stating that the Licensing of this establishment in not in the general interest of the public.

The AGCO has served BETA with a NOP (Notice of Proposal) to decline it’s application based on the below claims. BETA has already requested a hearing to challenge the claims below and has recently been granted a pre-hearing with the AGCO on October 31, 2011.

The NOP (Notice of Proposal) from the AGCO reads:

“contrary to clause 6(2)(g.1) of the Liquor License Act, the license is not in the public interest having regard to the needs and wishes of the residents of the municipality in which the premises are located”

further to this claim the Waterloo Regional Police have submitted claims that BETA has been unlawfully selling liquor to it’s patrons while not being licensed.

The NOP (Notice of Proposal) from the AGCO also reads:

“contrary to subsection 5(1) of the Liquor License Act, liquor was kept for sale, offered for sale or sold in the premises not under the authority of a license”

BETA has done show after show without serving liquor; anyone that has been to BETA knows at no point was anyone ever offered any alcohol of any nature.

Please take a minute to sign and share this petition. We need to get as many signatures as possible. Your signature states that you;

1) Support BETA and its application to be licensed under the AGCO.
2) Have never been offered Liquor inside of BETA.

Although the above claims are clearly not true, it is our responsibility to come to the hearing with as much public support as possible. Without a liquor license BETA will go through drastic changes. Please take a minute and help save the BETA we have grown to love.

We need your help and support!


Support from the EDM community around the world is pouring in…