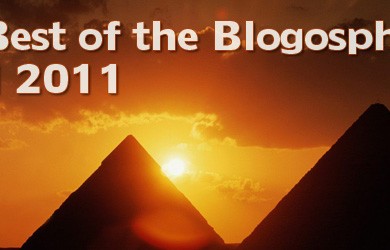 Monthly Best of the Blogosphere

Best of the Blogosphere – The Biggest Tunes: April 2011

Deadmau5 released a track, named after the north star, a few weeks ago on his Soundcloud channel. It rose in listens extremely quickly, and Mau5trap released it on Beatport shortly after where it quickly hit #1 on the overall Beatport Chart. It’s one of my favourite tracks from Joel in the last while, and is my favourite style of his – melodic, rolling, downtempo.

Trying to keep up with house this last month, with SXSW and Miami going on, has been absolute consuming madness. I did, however, manage to pick this track out. Dan Castro’s upcoming stuff is dope as hell – watch this guy in 2011!!

Calvin Harris’ latest release is just all over the charts right now, and there is no stopping it. Prepare to hear this tune a LOT this summer!

Tensnake – You Know I Know It

Drop the Lime – Hot as Hell

Lucky, lucky, lucky people, you. Mark Knight is one of the world’s best, most in-demand house producer/DJs, and he released this track for free this month and, as usual, it is a massive chune. Never seen one track in more DJ mixes in a couple week span!

This track is also for sale on Beatport, so if you want to support Mr. Toolroom then cop it there!

Best Album Release of March: The Weeknd – House of Balloons

I am totally unafraid to say that The Weeknd, whose debut album (mixtape) dropped in mid-March, is the next Burial. The seamless blending of 2-Step/UK Garage, ambient, dubstep, and house is not derivative however – far from it, House of Balloons marks a continued progression of electronic music in Toronto, which artists like Azari & III and countless others have done much to push forward.

Super High Profile Electro Releases on Both Sides of the Pond