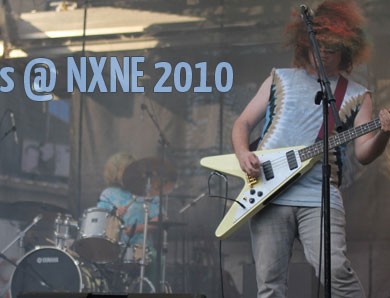 Wavves took the big stage on a hot afternoon following Surfer Blood’s set, and from the minute they took the stage until their last, they oozed Wayne’s World. I hadn’t heard them before, but their garage band’esque lo-fi rhythms and stage personality more than made up for my ability to sing along with their tracks. A friend who had seen them earlier in the festival remarked that they were better in a more personal atmosphere, but I enjoyed their set just fine!

Wavves – To The Dregs

Wavves – King of the Beach