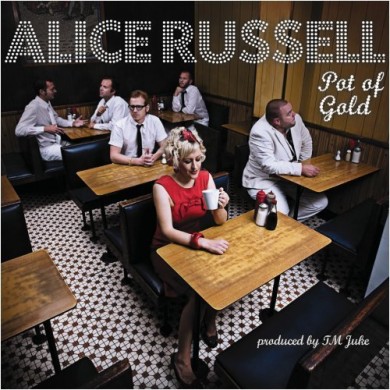 I was at The Gladstone Hotel during Nuite Blance 2006. I had just stopped in to say what’s up to my friend Medley, who was spinning in between bands in the main ballroom during the evenings festivities. While all walks of life roamed through the building to look at the art installations upstairs and to stop in for a pint while touring all of the exhibits along Queen West, there was a Country Folk band playing. There was also quite an eclectic crowd gathered near the stage and they were dancing up a country storm as the band played their up-beat Country Folk tunes. I turned to Medley and said, “Whoa dude, how are you gonna follow this?” He wasn’t sure but he knew had to play something to transition between a Country Folk band and a couple of House Dee Jays. When the band was finished Medley dropped a track that started with a familiar bass line played on a jazzy upright followed by a soul singer who’s voice came out strong like Aretha Franklin singing The White Stripes’ Seven Nation Army. The crowd who had gathered in front of the stage to dance to this Folk Country Band stayed and kept dancing. I couldn’t believe it. My first thought was “Wow! Medley managed to get them to keep dancing.” then I thought “Who is this funky soul singer wailing out a White Stripes tune? This is like the jazz-soul-afro fusion sound I’ve been waiting to hear my whole life.” luckily Medley had made the transition to Serato, which made “train spotting” a lot easier than trying to read the label on a spinning record. The computer screen said “Nostalgia 77 feat. Alice Russell – Seven Nation Army” I stored that nugget of information in my head for three weeks before I found a copy of that “Nostalgia 77” album at Play De Record. Unfortunately that Seven Nation Army cover was the only track featuring Alice Russell on it, but I did manage to find a “Quantic Soul Orchestra Album (Pushin’ On) that had a few tracks featuring the Soul Singer as well as an Alice Russell Album called “Under The Munka Moon” I took all three releases home with me that day and have had those records in heavy rotation on my turntables ever since.