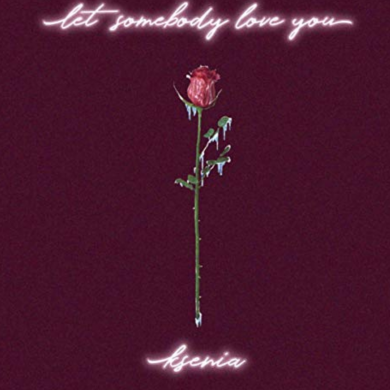 Ksenia – Let Somebody Love You

In a world where people forget to be openly vulnerable with those closest to them, New York city based songwriter Ksenia tells a story about the importance of opening up through her latest release “Let Somebody Love You”. Upon hearing the catchy opening chords and attention-grabbing vocal chops, listeners know they’re in for a strong commercial tune ripe for radio rotation. Now with the release of the song’s official music video, Ksenia draws upon her acting and film work at the New York Film Academy to compliment track’s narrative, audiences with a visual spectacle.  The video’s cinematic opening and dialogue weaves from a short film flawlessly into a music video that is easy to digest and visually interesting. There is no doubt that Ksenia is a rapidly rising artist and definitely one to keep an eye on.

I feel that a tonne of people can relate to this song. We’ve got to try to love freely even if there is a chance of getting hurt because if not, then what is the point?” – Ksenia