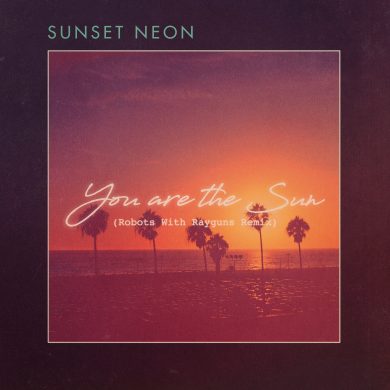 Sunset Neon – “You Are the Sun” [Robots With Rayguns Remix]

Robots With Rayguns is at it again with an 80s-infused rendition of Sunset Neon‘s “You Are the Sun.” Electro fans may be familiar with the track, as it was part of the Billboard-charting debut album Starlight, released in December of 2017.

This new remix feels like a musical sunset – a variety of different synth & electronic sounds collaborating together to paint a beautiful picture. Seems like RWR and Sunset Neon are a match made in heaven.

RWR says on the track, “This was a really fun remix to do because I wanted to kick up the energy a lot. The original is so chill and washed out. I was actually inspired by the production of pop acts like boy bands from the late 90s. It’s dark and sexy but also really fun and gets you pumped up.”

Check out the track below.