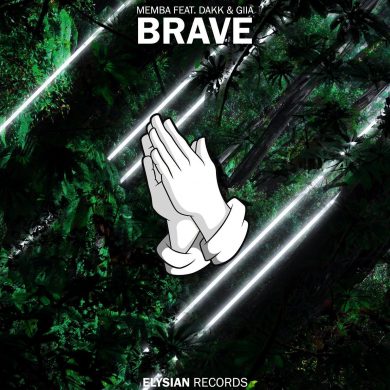 Elysian Records is a record label truly on the rise, judging by founder Aqib Khan’s high profile BBC interview, and with releases like “Brave” by MEMBA it’s not hard to see why. Featuring the talents of Dakk & GIIA to boot, the three of them combine to give us a dark, mysterious trap single which crosses the bridge between hip-hop and electronic effortlessly with “Brave.” Keep your eyes out for MEMBA though, he’s most definitely a man on the rise.