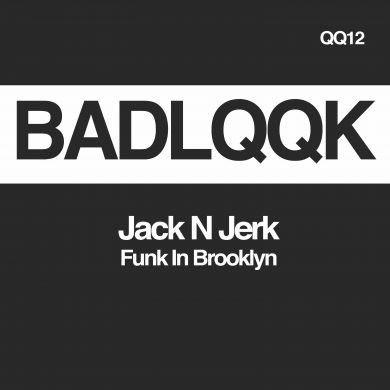 The BADLQQK label has been on a roll since it’s inception just one year ago. The brainchild of Boys Noize Records & Fool’s Gold alumni RYME (DJs Rynecologist & Meech), their latest release keeps to the “back to basics” ethos that’s led their globe-trotting crew of producers finding a home in crates of some of the scene’s biggest names with no-nonsense takes on classic Chicago and French house. “Funk in Brooklyn”, from Aussie duo Jack N Jerk (itself a colab between Acid Jacks and Act Yo Age) brings the chunky, funky swing of classic Masters at Work era house together with a bag of tricks taken straight from Speed Garage’s golden era to craft a slick bit of blog house era mayhem sure to get hands in the air. Having made it’s round on radio, this one comes exclusively to Beatport October 11, and worldwide 2 weeks later. With a year’s worth of solid floor-fillers under their belt, BADLQQK’s future has never looked so GQQD.