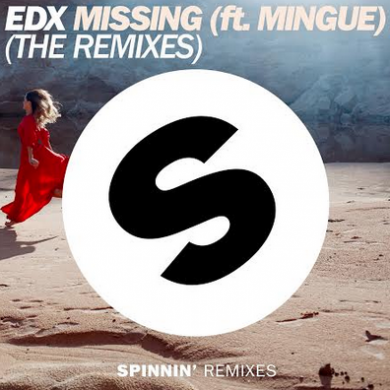 After a busy year of bringing his melodic house rhythms to fans everywhere, Swiss DJ/producer EDX is ready to continue his venture to remain a staple figure in today’s ever-evolving dance music world. Earlier this year, EDX kicked off an impressive No Xcuses vs. Enormous Tunes Bus Tour as well as a packed week full of performances at this year’s Miami Music Week where he showed off his distinguished deep house talents that he’s been cultivating for over two decades. Not one to easily stray away from the spotlight, EDX was also recognized at this year’s EMPO awards where he took home the wins for Best Indie Dance / Nu Disco Artist and Best Remix of the Year.

Now, the Italian-native is back with a full remix package of his celebrated single, “Missing,” which collected over 8 million streams across the web since its release in January. Featuring remixes from Swiss artist Joe Stone and Brazil-based producers Nytron, the track is spread out across new house music territories. Joe Stone’s reimagining is turned into a club ready cut that highlights his signature pulsing, four on the floor grooves. As for Nytron, their rendition of “Missing” is a fusion of smooth-rolling bass lines, sublime arpeggios, and euphoric breakdowns that will have you dancing until the early morning.