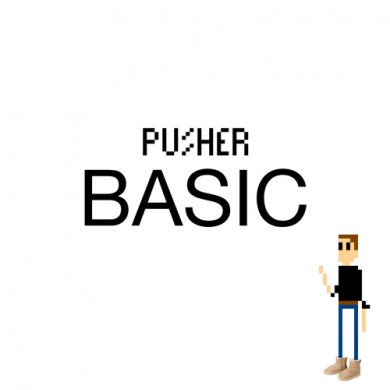 The hype building for Toronto producer Pusher shows no signs of stopping, as he turns in his trademark remix skills (last heard on flips of Major Lazer and Shaun Frank) for a new original tune, “Basic“. Fusing his head spinning vocal edits with the larger-than-life synths and some trunk-thumping bass as per usual, this free download comes a week before he makes his festival debut at the awe-inspiring Bestival, sharing the stage with Flume, Keys N Krates, Cashmere Cat, Grandtheft and more. With rumors of some heavyweight collabs in the works and a major label debut on the horizon, this young beat maker’s biggest moves are yet to come.