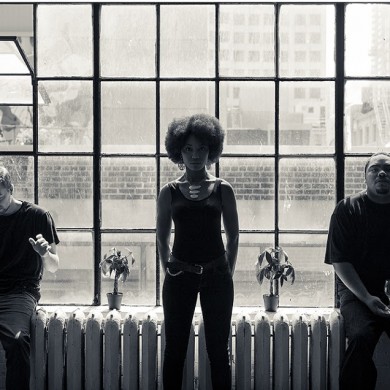 Ain’t No Love launched their newest music video on YouTube for the single Blinded. The MuchFACT funded video was directed, filmed, and edited by MMVA nominated Luke Hansen Macdonald (235 Films) and has already entered rotation on MuchMusic. Produced by Liam Clarke of Love Thy Brother, Blinded is an energetic electro hip hop track with a contemporary twist. Saidah Conrad’s vocals are chopped up to perfection and effectively pieced back together to create a contagious hook. Rappers 1990 and Beanz deliver tastefully aggressive bars accompanied by a drilling musical backdrop.

Since their music video for the HypeMachine-topping single Fake Your Dreams hit heavy rotation on MuchMusic and MuchVibe, Ain’t No Love has stayed busy in the studio and on the road. They performed at Evolve Festival, Quebec City Summer Festival, Montreal’s OUMF with Lunice & Tommy Kruise, and last week returned from a main stage show at Ottawa’s Winterlude. This month they’ll be down in Austin, Texas showcasing at SXSW for a third year in a row.

Ain’t No Love on: