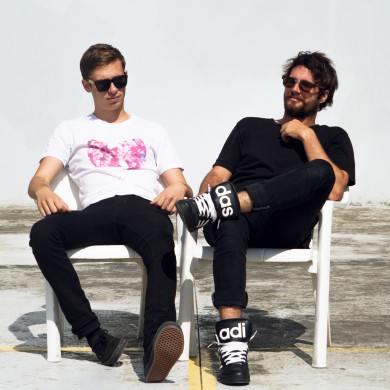 Artists: Action Bronson, What So Not What So Not released the club dubs of The Quack EP back in May with one goal in mind: to reinvent what club music can do. In lieu of your typical lead synth, Emoh and Harley opted for the – now iconic – sound to which the EP lends its name. After conquering clubs for a month, the release of The Quack’s vocal mixes makes their second goal perfectly clear; they want to reinvent everything else now too. The collaboration with Action Bronson, Blood Diamonds, and D Mac bridges the gap between the electronic music  and hip-hop  scenes in ways that EDM-trap never accomplished. Like This, Like That takes South American inspiration to new levels of accessibility,  and even High You Are, unarguably the most typical of the trio, manages to expertly pull off being a vocal house tunes without the cheesiness of so many other tracks in the genre.

Rant over. Buy the damn thing on iTunes.

What So Not on: