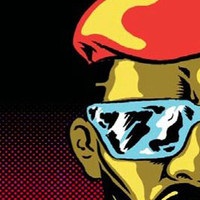 Leading up to the release of Hot Chip‘s Look At Where We Are (Major Lazer Remixes) on August 13th, our pal Diplo released two tracks on his SoundCloud. Yes, I’m aware the reggae cut has been available on Major Lazer’s SoundCloud for months now, but the extended cut wasn’t. I also felt that it didn’t get anywhere near the attention it deserved. These two remixes (a reggae/dancehall cut with Junior Blender and an extended trap version) compliment Alexis Taylor’s unique voice spectacularly and are – according to my ears – a huge success. My fears of a half-baked trap edit were immediately put to rest in the extended cut, and something about the sincerity of the reggae riddim truly resonates with me. It’s collaborations like this where Major Lazer really shine and I think is the reason Diplo hasn’t shrugged his partnership with Switch off in favour of sticking with his more culturally relevant moniker.

First Snoop Lion and now this? I’m hoping that this signals a re-focusing of Major Lazer away from banger-influenced productions and back to their origins in dancehall.

“The Hot Chip “Look At Where We Are” (Major Lazer Remixes) will be available on a black label 7″ limited to 500 copies, pressed at the Hit Bound pressing plant in Brooklyn, NY renowned for reggae & dub vinyl pressings. The digital bundle is available now and the 7″ will be available in stores on August 13th.”