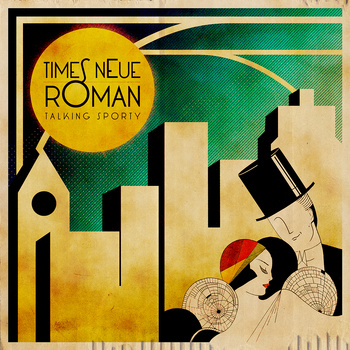 Live from “The End” – the band’s Kensington Market (Toronto) basement studio – Times Neue Roman rock with a general tone and attitude of teenage immortality. Comprised of an award winning poet, Arowbe Arowbe Arowbe (Robert Bolton) and composer, Alexander The, TNR’s peerless ‘one of one’ sound has been called “nintendo-punk-rap,” and “post-rap” (although the band prefers “Rap Deco”) by media and supporters.

Since debuting at the Vancouver Art Gallery in 2008, Times Neue Roman have been rousing crowds at basement jams, rooftops,Â auto-garages, house parties, shitty pubs, glitzy clubs, CMW, NXNE, the Juno Fest and out the back of a U-HAUL truck. They flaunt a live show complete with wild theatrics, reckless moshing, tribal percussion, live visuals and all of the bangers their fans are usedÂ to getting loose to.