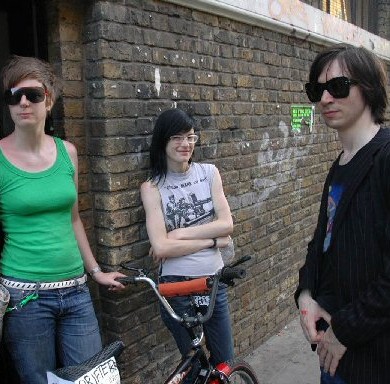 THESE PEOPLE ARE NOT HIPSTERS

We get a lot of stuff in from Don Diablo’s promoter, and I’m not sure why we don’t just publish it all.Â  It seems to me that no matter the track right now, if it gets posted it’s bound to hit the hypem popular list.Â  I find this surprising I guess, because really it’s not a particularly popular genre in North America right now.Â  He’s not a bad producer, and some of his music is quite good, but it has almost no mainstream appeal.

I use that term loosely of course because, ironically, mainstream culture these days is dominated by ‘hipster’ music and fashion, which claims a nonconformity and uniqueness so underground and cutting edge that no one but those on the bleeding edge could possibly understand.Â  But if being trendy in this manner has been popularized in the mainstream, can we deduct that hipsters are extinct?Â  Is the latest wave of 80’s inspired neon graphic tees just one of our many passing fascinations with fashion from the past?Â  Can you really claim that this “outrageous and funky” style of dress is really “hipster’ish” when fashion forward ladies all over Toronto are flocking to rubber boots as the latest footwear craze, despite the fact that it’s March?