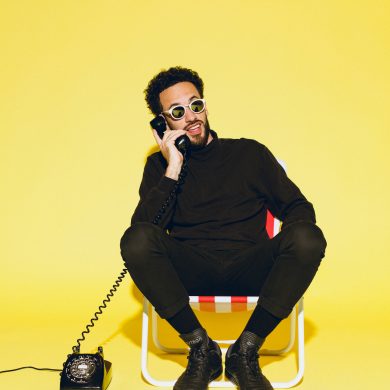 Seattle’s Sol has become somewhat of a household name in the Pacific Northwest, having built a highly loyal fanbase all on his own and working his ass off for the past five years. After releasing two new tracks to close out 2017, he’s back with the official music video for “If You Don’t Call,” directed by Noah Porter and shot entirely in Portland, OR. The video is basically amazing…complete with the most perfectly choreographed dance moves and Sol himself playing a gameshow host.

Word on the street is we’ll get a new album from Sol later in the spring – hopefully the myth is true. For now, watch “If You Don’t Call” below, and keep up with Sol on Facebook, Instagram, & Twitter.